An Interview With Robert Wilson IV 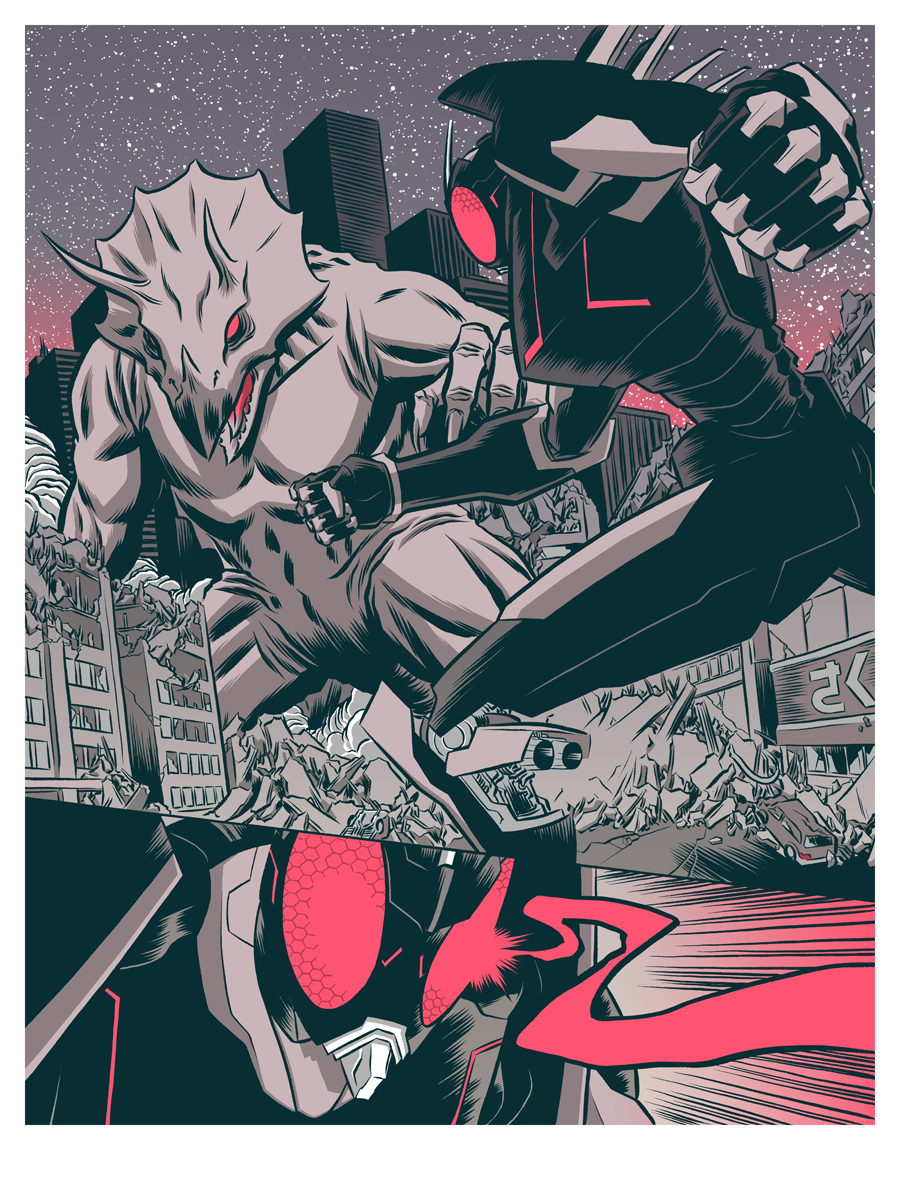 Robert Wilson IV is a Texas artist. He is a talented poster artist. Many of his works are available for sale from Nakatomi Inc. He joined us last March to showcase his and Brian Winckeler's super powered comedy Knuckleheads.  Back at Staple! 2012, they had the first 22 page black and white edition. If you missed it you can still pick it up at crystalfist.com and preview the first eight pages in color at Robert's web page.
Q: What were some of your favorite encounters at Staple! 2012? 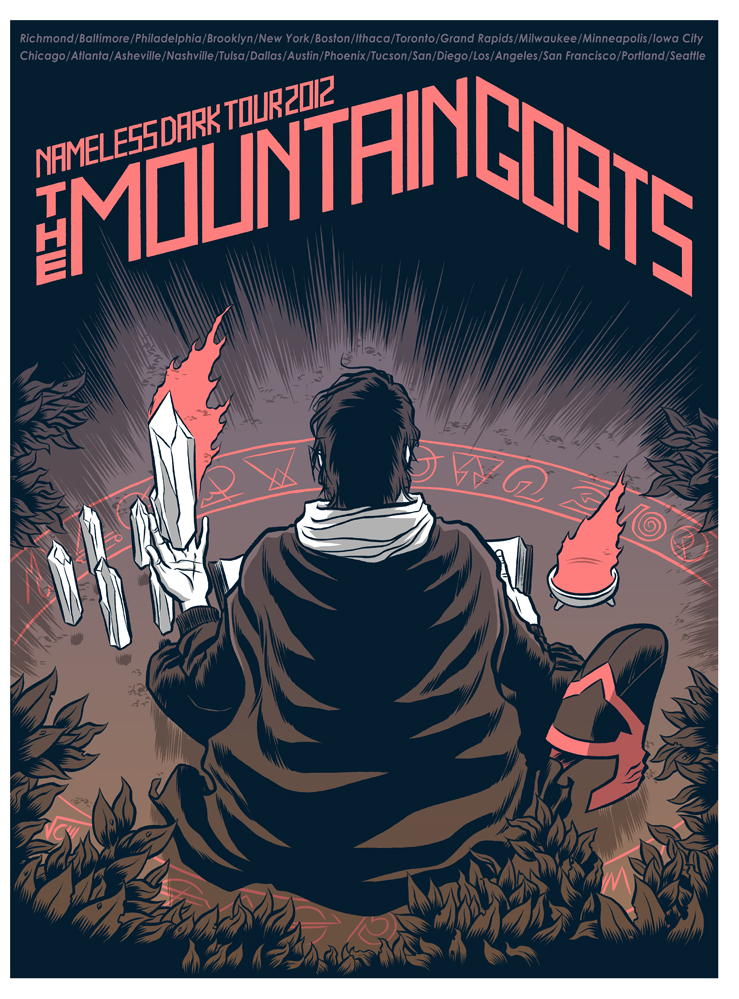 A: Last year was my first time at Staple! and I met a ton of great people. If I had to pick I'd probably say eating at food trucks and talking G.I. Joe after the live art show with Kristian Donaldson, Kagan McLeod, and Chris Moreno.
Q: Is Knuckleheads your first comic book or are there some false starts and/or mini comic skeletons in your closet?
A: Knuckleheads is the first comic that I finished. I've done other short stories, several pitches, and started a sci-fi story (which I still intend to finish).
Q: What have you learned and what have you learned to avoid from your design and poster artwork when trying to tell a story in comic book format?
A: Posters and covers force you into paying a lot of attention to composition, whereas you can get away without thinking about composition too much in sequentials. The thing is, you can never do great or even really good sequentials without intentional composition.
Q: In the [yet to be published] Convention Interviews you mentioned Kirby as an influence. What are some of your other influences? Am I wrong in detecting Mike Allred and Matt Wagner as influences? 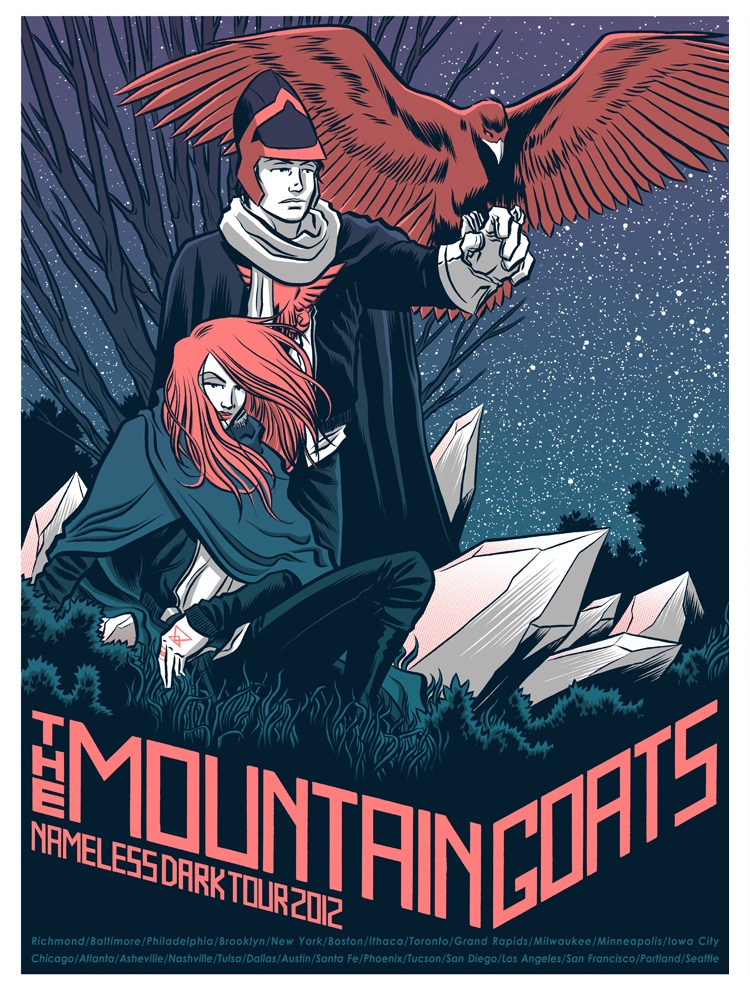 A: Paul Pope is probably my biggest contemporary influence. Other contemporary artists like Mike Allred, Mike Mignola, Jaime Hernandez, James Jean, and Fabio Moon have impacted the way I approach my work. I've also been really getting into manga recently. Noaki Urasawa and Katsuhiro Otomo have really got me thinking about story telling and pacing in particular. I've also been thinking about how Moebius and Andrew Wyeth use space and composition. This is a question that I could drone on for hours about, so I'll cut myself off there.

Q: What projects are you looking to role out in 2013?
A: I can't really talk about that yet, though by the time Staple! rolls around it should be public knowledge.
Posted by Unknown at 6:55 AM No comments: