Now available for download — the latest issue of string, the regular anthology of comics from 7000 BC.

Download a PDF of string #18 and check out future issues every month. In this issue, a new installment of Courtney and Jeff's Peoplings and Bram and Caleb's New West (see links below to download previous issues), and new work from Mayhem, Courtney, and Josh — plus a selection of comics produced at our jam at Artisan.

(If the link for the PDF isn't opening the file up for you, it might work better to right or option-click and download it to your computer.)

We probably won't have this issue printed in time for STAPLE!, but we'll have plenty of earlier ones that showcase the group's work.

Just heard from our friends at Comicpalooza in Houston. Their Fandom Awards are currently open for nominations! Nominations end Feb. 5, and Voting begins Feb. 12. One of the categories is designed to recognize small press - the "Best Comic Not Distributed by Diamond Comic Distributors." There are also categories for webcomics and web series. Follow this link to nominate your favorites!
Posted by Uncle Staple at 8:41 AM No comments:

Chris Schweizer is the author of the "Crogan's Adventure" series of graphic novels, including the Eisner-nominated "Crogan's Vengeance" and the recently-released "Crogan's March," available in the spring from Oni Press. Each graphic-novel in the series features a look at a different member of the historic Crogan family, a bloodline chock full of swashbuckling adventurers, gunfighters, pilots, spies, ninjas, and smugglers. Chris is also a full professor of Sequential Art and Animation at the Atlanta branch of the Savannah College of Art and Design, and his comics have been published by Oni Press, Top Shelf Productions, Image Comics, Evil Twin Comics, and Nickelodeon Magazine, among others. Chris will be presenting an entertaining and educational cartooning lecture as part of the programming for this year's STAPLE!

For more about Chris Schweizer and his work visit: www.curiousoldlibrary.com

Jason Neulander is the producer, director, and co-creator of The Intergalactic Nemesis, a radio drama that got its start as a lark at Little City Espresso Bar and Cafe in Austin back in 1996 and since then has played sold-out shows at the Paramount and Hogg Auditoriums and toured to 30 cities and towns across the US. He also created the two sequels Return of the Intergalactic Nemesis and The Intergalactic Nemesis: Twin Infinity. With the "living comic book" version, Neulander has taken the artwork for the comic book series he scripted and combined it with the live show. The artwork, by Austin artist Tim Doyle (mrdoyle.com), is projected panel by panel as three actors, one foley artist, and one musician perform the story live. The Intergalactic Nemesis: The Living Comic Book is going to be performed in its entirety at the Long Center for the Performing Arts on Labor Day weekend 2010 and next year's Fantastic Fest.

STAPLE! The Independent Media Expo is the Southwest’s premier event for independently produced comics, zines, art, animation, games, crafts and more! The SIXTH annual show will be held on Saturday March 6th, 11am-7pm, at the Monarch Event Center, 6406 North IH-35 Suite 3100, in Austin, Texas. Admission is still only $5.00!
Posted by Uncle Staple at 1:42 PM No comments: 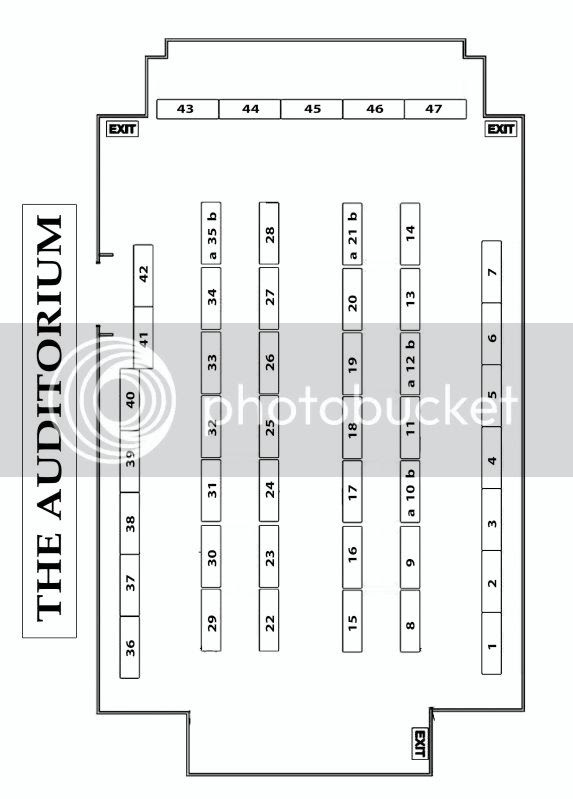 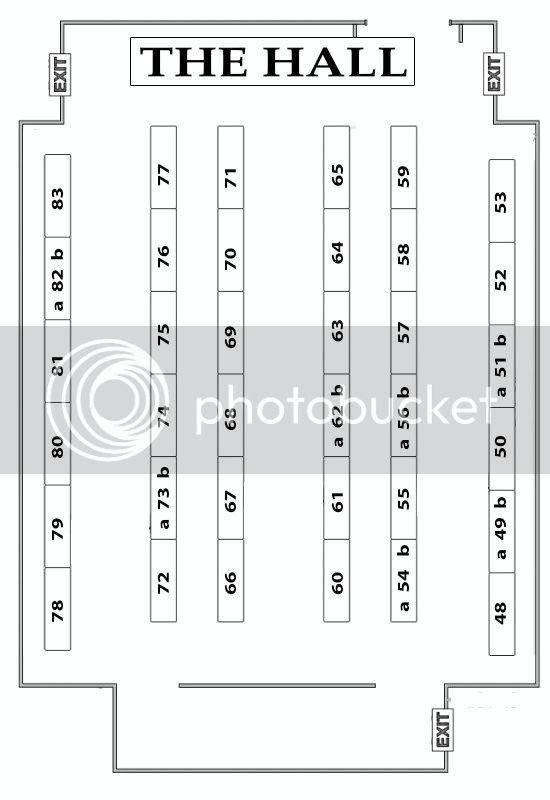 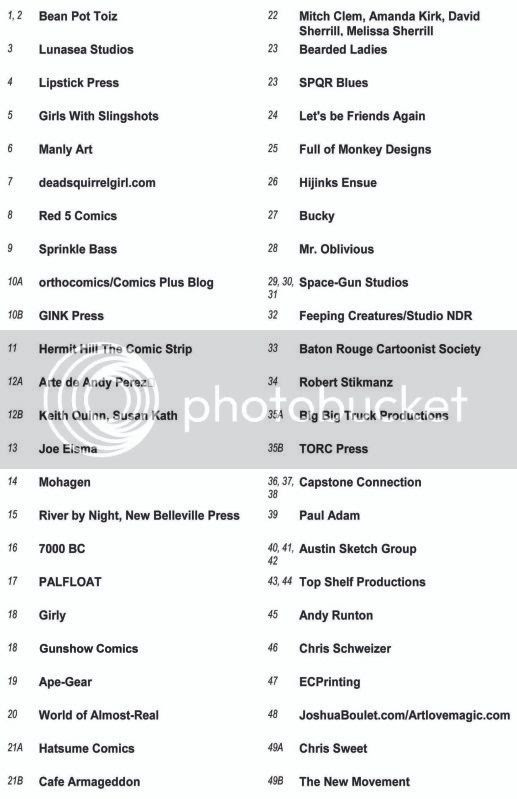 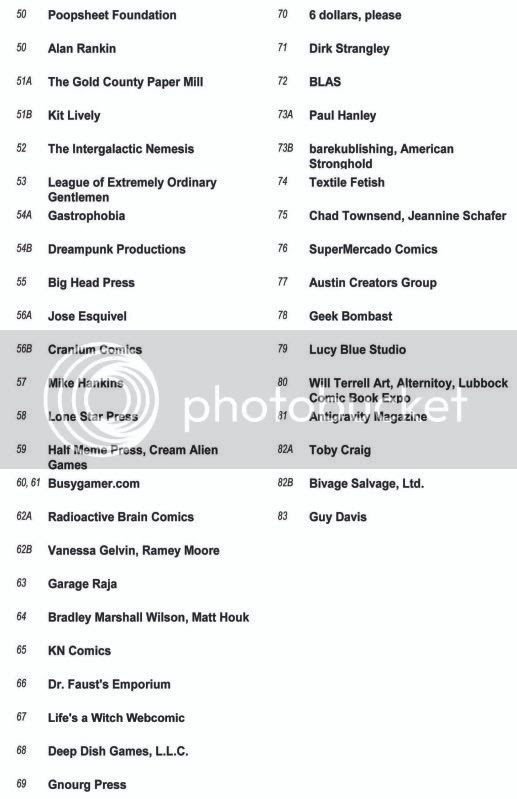 Posted by Uncle Staple at 9:52 AM No comments:

The January 7000 BC meeting will be held Saturday, January 23 in the Community Room at the Santa Fe Library Main Branch, 1:30–4:00. After the meeting, we'll move on to dinner. We'll be making all sorts of plans for this year's activities and welcome everyone interested in creating and self-publishing comics.

The library is in downtown Santa Fe and there's limited, paid (but cheap) parking in the back, street and lot parking around, and possibly the lot across Washington Street at the First Interstate Building will be open. The library is on a stop for the Santa Fe Pick-Up and the meeting's timed for those taking the train from Albuquerque.

Please send an email with any questions.
Posted by Bram at 9:08 PM No comments: 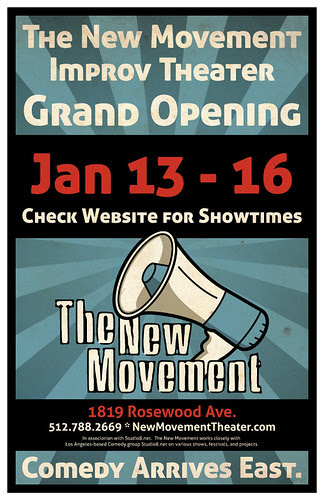 Uncle Staple has been taking our classes and watching our shows. He demanded that we post our information here for the big HUGE giant MASSIVE weekend we've got cooking.

We'd be thrilled to further merge the worlds of the Staple community and our improv community, so please come out and say hello, watch a show, do a dance, float in mid-air. It's whatever, you guys.