An Interview with M. Austin Bedell 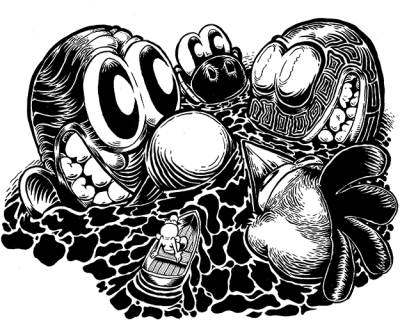 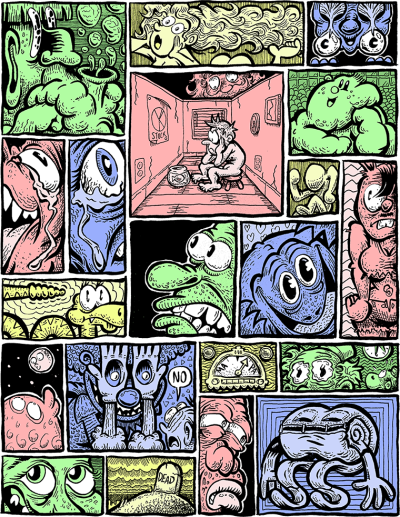 M. Austin Bedell is treasure of the local cartooning scene. He is a regular member of sketch group, a contributor to Rocksalt  Magazine, an accomplished web cartoonist and longtime staple exhibitor.  He took some time out this summer to do this interview with us. He is most noted for his Skweegie Kolache stories but has a side project called Vidyagame Libary,  as well as GROG with cartoonist Chris Sweet of Effing Decaf. My personal  favorite is a pantomime story he did called Warm Fuzzy.

When did you start cartooning?
Bedell:  I was very young and childlike. Like, a very young child, I was. 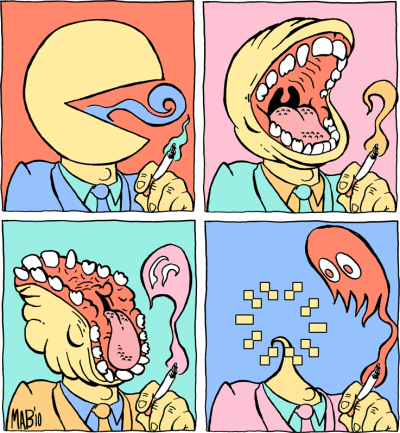 Who were your early influences?
Bedell:   I drew a lot of Super Mario, Ninja Turtles, and Simpsons as a kid--not because I was special, but because that's what was popular back then (Weird that all three of those things are still pretty popular today...). Matt Groening's name was the first I really clung to and mispronounced--my dad gave me a copy of Childhood is Hell and it was my favorite book. Then I got into the Far Side, and always had to wear one of those shirts. I was the coolest awkwardly-developing kid in the world in those one-size-too-big Far Side shirts!

Whose work do you admire now and how has it changed? 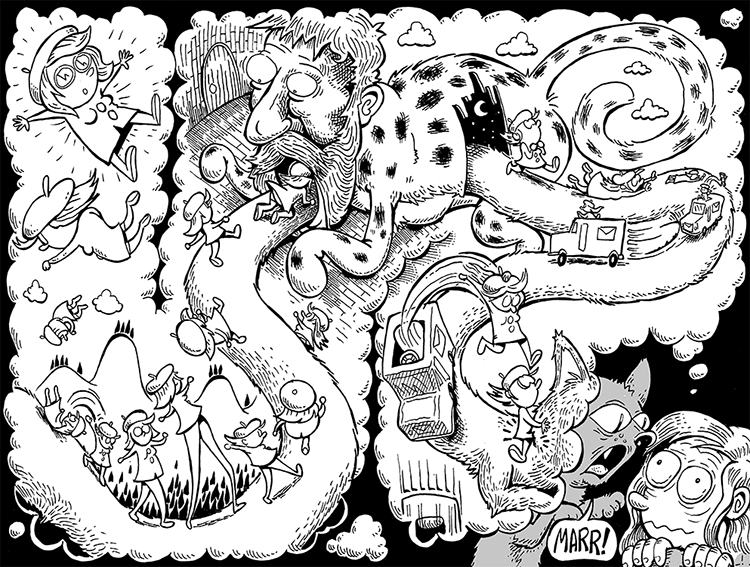 Bedell:  I went through a Crumb phase right after college and started branching off of that. Basil Wolverton, Jim Woodring. I like cartoonists who seem to put a lot of work and detail into such simple designs. Then I steal their techniques and try to pass them off as my own. I found this book of Drew Friedman's black and white stuff a few years ago with all the Tor Johnson comics. Man, what a stippler! 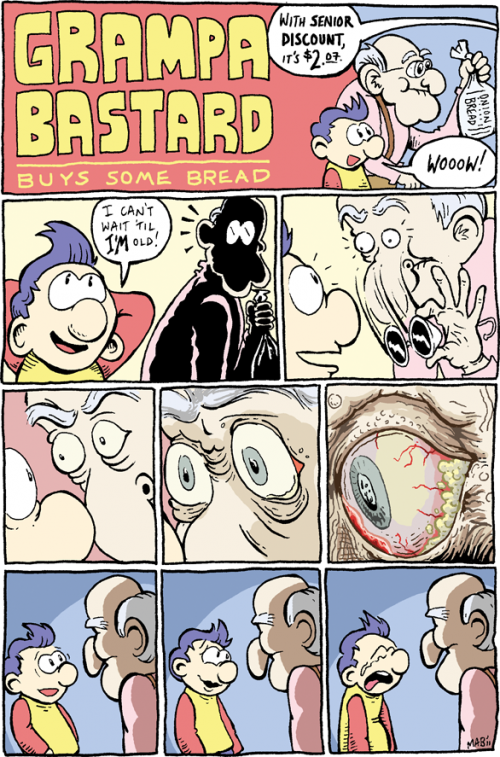 How long have you been doing Skweegie Kolache?


Bedell:  I started drawing the characters 20 years ago, did a few comic strips in high school 15 years ago, threw together my first book called "Skweegie Island" 5 years ago, and, uh... To answer your question, I don't know.

In addition to Skweegie Island and Vidyagame Libary, how many projects are you juggling right now?

Bedell:  I started drawing a new Skweegie Kolache story recently, but besides that, I'm in the planning stages on a bunch of stuff that may or may not ever happen.  Chris Sweet and I are talking about doing another colab. And there's always my super-epic magnum opus bullcrap I'll never get started on. 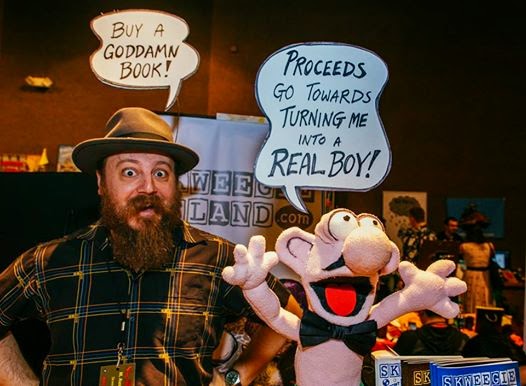 Posted by Unknown at 1:17 PM No comments: