This upcoming weekend will be the third year in a row that the Gold County Paper Mill will be at STAPLE!

We'll have a lot of great stuff, including:
We're also going to be splitting our table space with the greeting cards and fabric art of Glade Whitworth. We hope to see y'all there, we'll be at table 51A, right by our buddies the Poopsheet Foundation and the League of Extremely Ordinary Gentlemen. Also, when you check out the STAPLE! Program Guide, be sure to look for William Cardini's two-page comic alongside all the other talented creators! 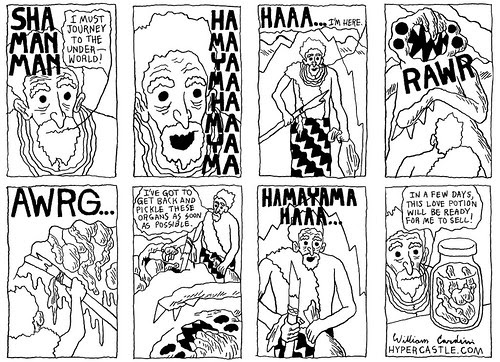 Posted by William Cardini at 7:40 PM