Ontario-based cartoonist Emily Carroll draws upon myth, fairy tales, and fantasy to spin tales that range from bittersweet to downright terrifying. She's perhaps best known for her Eisner and Ignatz award-winning graphic novel, Through the Woods, an anthology of macabre fairy tales. The visual style within might resemble a lavish, children's picture book at first glance, but readers will find the bold colors offset by swaths of darkness, pitiless landscapes, and haunted characters. Here's a lovely write-up from NPR.

Emily also has plenty of content at her own website, where readers first took notice of her talent, including illustrations and full stories. She co-designed the choose-your-own-adventure video game, The Yawhg, and provided all its visuals. For younger readers, Emily illustrated Marika McCoola's Baba Yaga's Assistant. Oh, and she also designed this year's awesome Staplegator - fear it!

And now, on with the interview, and many thanks to Emily Carroll for taking time to chat with us. 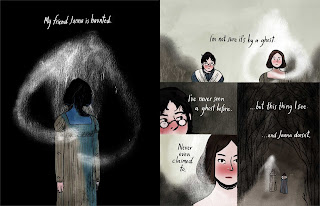 Horror can be a tricky thing in comics, which lacks the potent audio and motion of film and the enveloping nature of prose, but your horror comics have struck a deep chord with readers. What is it you’re doing that’s getting under people’s skin?

When I begin a new story, I usually focus on some stripped down, basic fear, something like helplessness, isolation, personal worthlessness, etc, something basically everyone has had experience with, and the primary function of all the details that come after are to serve/heighten that core fear. I try to focus more on building dread, often using a lot of emotional cues along the way, rather than relying on things like gore and "shock" panels (though I like to use those too, they can be fun, and I've certainly enjoyed them in other works). I also don't tend to write a catharsis into my comics, and the characters almost invariably lose (or at least don't win), so ideally that might give readers a lingering sensation of the creeps. 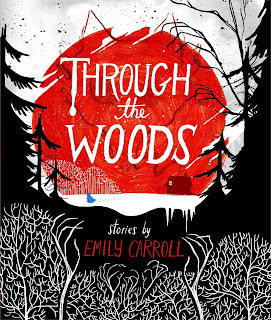 Your first graphic novel, Through the Woods, was a runaway success and earned multiple awards. How has that success affected your life and work?

It has definitely made me more confident, if only to combat the increase of anxiety and imposter dread that has been creeping more and more into my bones the past few years. In my experience success never feels as real as the imminent fear of failure does.

As far as how it's affected my work though, I think it's marked a period of time when I was really into using fairy tales and period settings in my comics, and while I still do a bit of that, since the book came out I've been using more modern settings and formal layouts, not to mention incorporating more dialogue (vs relying so much on narration) into my scripts.

What are the artistic influences that led to your singular style?

When I first started comics, I was really into Joann Sfar (I think I straight just leaned into copying him for awhile), but since then I've added bits and pieces of other artists to various stories, depending on the comic. There's one that is based explicitly on the work of H.J. Ford, and for another I used 1930s fashion catalogues as inspiration for character design. I'd say two constants are Junji Ito and Charles Keeping, though.

You’ve enjoyed both video games and tabletop RPGs. Have they played any role in your creative process? What are some of the notables for you?

Oh, for sure. My first mini-comic was directly inspired by the roleplaying I'd done, designed as a series of seven random minicomics that could be read in any order, so that ideally the reader would feel ownership (or at least a strong connection) to one particular character over the other. Other comics, like Margot's Room, were set up in a similar game-inspired way, where the reader had to click on certain items onscreen in order to 'unlock' comics. 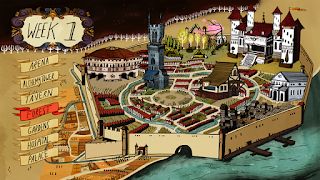 As for games I personally play, some of my favourites are Crusader Kings II, Fallout, and right now I'm replaying the Dragon Age series. I like games with enough story to keep me interested, but that I can also build on in my own head, so that my experience with them will be unique compared to anyone else's. I've also worked on a couple of games: I co-created The Yawhg with Damian Sommer, which is a short 4-person story game, and I did some artwork for Gone Home by the Fullbright Company.

Online comics and illustrations built your initial readership and you continue to produce them alongside print comics - how do you strike a balance between those worlds? 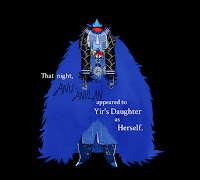 I'm asked this question a lot, and I guess I don't give this distinction the amount of thought that people expect -- I don't worry about maintaining a balance, for instance. I began to make web comics just because it was easier than figuring out how to put something in print (I really don't have a head for sorting out print costs, print optimization, distribution, etc)  and moved into print once I began to have publishers who would do that work for me, or at least help me along.

These days it actually breaks down pretty simply: Web comics are what I do on my own, to experiment and (more often than not) to relieve stress while I am working on larger print projects, and print projects are where I tend to collaborate with other people (and where I actually make any money). In a way I suppose that my web comics promote my work, so that hopefully people will want to support anything that comes out in print.

What’s on the horizon for you?

Right now I'm working on the graphic novel of "Speak", the book by Laurie Halse Anderson, and though that will be my major project for the foreseeable future, I'm still probably going to put out a few small personal things here and there too! 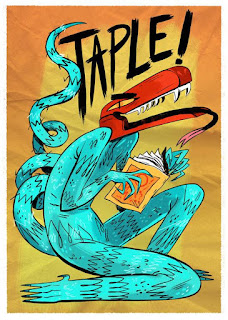 dear,
sir/mam
Do you want to start your own business? Are you in need of a website? Choosing a web designer can be a minefield. Read on for the top 7 points you need to check on a web designer's website before handing over any money.
See more at:web site design Massachusetts

Thank You its such a nice story you have shared its really informative for us.
web design london

Hi admin,
I read your blog, its really awesome,
Design, and our ability to enjoy it, has been around as long as man. From the most crude cave drawings utilizing dyes and chalks found in nature, to the most elaborate computer generated graphics, design is all around us in many forms.
creative branding ideas
Your regards
Alfaj Ripon

thanks for sharing a informative article...i want share this with my friend ecommerce web design service