Kate Leth, of Kate or Die fame, has a lot going for her these days. Hailing from Halifax, Nova Scotia, the artist/writer/Queen of the Valkyries has her hands full with the New York Times-bestselling Adventure Time: Seeing Red, the ongoing Bravest Warriors comic series, a Fraggle Rock mini and the current Edward Scissorhands mini. We were fortunate enough to grab a few seconds of her time before her big STAPLE! appearance next month.

What has stood out as one of your biggest accomplishments in your career thus far? Your proudest moment since you began working in the comic book industry?

It was very, very exciting to see my first Adventure Time graphic novel make the NYT Bestseller list! Honestly, though, my favorite ongoing experiences are either seeing pictures of kids reading my books or meeting younger fans. I've gotten fan art from kids a few times, and that's one of the best feelings in the world. It's just so great!

How has working in the comic industry changed you? How has it influenced your writing, your art, your attitude or your outlook on life in general?

Well, it's changed pretty much everything. I was a college dropout working in a comic book store before my boss encouraged me to start making my own work! I became a writer when I was offered a writing job. Comics are the first thing I've ever felt like I was good at, and I've become so involved in so many different aspects of it now that I feel like it's my whole life. I read or write or review comics every single day.

In the past year and a half (give or take) you have been spearheading a revolutionary organization - The Valkyries. Can you explain who these women are and what this group means for women and other minority groups who want to become a part of the comic community? [Full disclosure: Both the writer and the editor of this piece are members of the Valkyries. -ed.]

My warrior women! The Valkyries are an amazing group of women who work in, manage, own or otherwise are integral to comic shops all over the world. There are close to 400 members now, and it's growing all the time. It started as a place to chat about the job and swap stories, but it's become so much more than that - there are comic trades, convention meet-ups, files upon files of comics to appeal to every demographic, ongoing discussions about how to host book clubs and ladies' nights; I love every minute of it. I think places like that, safe spaces, are really important. A sense of community goes a long way.

Finally, as the new year begins, what are some of your hopes for the comics community? What advice can you give to make sure we can realize, even achieve, those goals?

Same hopes as always, I suppose! I hope for more diversity and representation in comics. I want to see more women working in and playing interesting roles in all kinds of media. My advice is pretty well tied into that, too: support the kinds of creators and stories you want to see. Keep breathing life into this industry and it'll keep growing and bettering itself all the time. 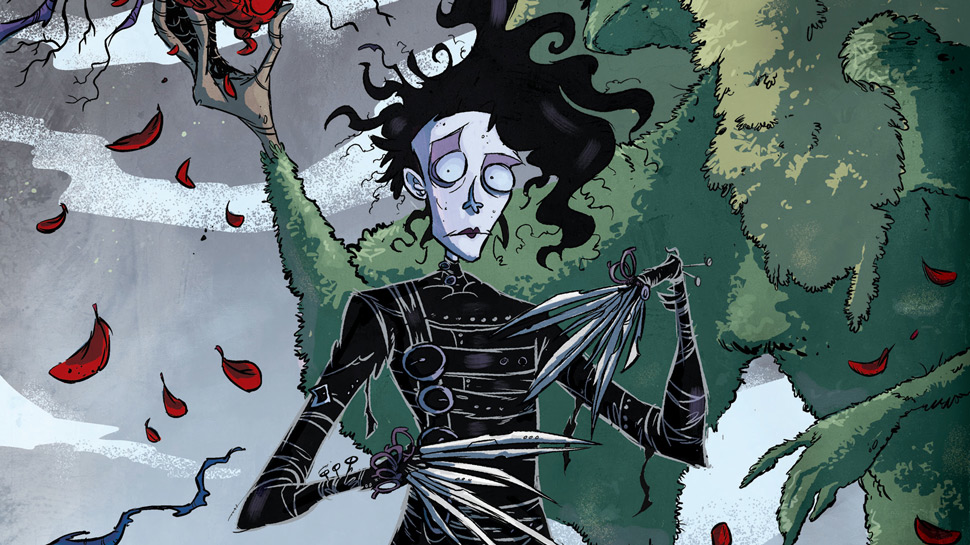